A must on every theatre-goer’s calendar is the much-anticipated New Voices programme hosted by Artscape annually in October. This year’s New Voices Programme is a pastiche of drama, surrealism and colour as the four very new, very fresh, very different chosen productions hit the Artscape Arena from October 2 to 27.

Scriptwriters and storytellers were invited to submit their texts or concepts or synopses, or even an invitation to a showcase/teaser of their work as early as February. From the overwhelming responses, only four newly written South African and African content by South Africans/Africans are chosen. Works this year include English, Xhosa and Afrikaans as well as a mixture of the three languages.

“The New Voices Programme seeks to give an opportunity to young writers with work that aims to reclaim and restore marginalised aesthetics, content and language in arts and performances with stories that deal with issues of a social, cultural, heritage, identity, gender or language nature, reflecting our diverse society,” says Marlene Le Roux, CEO of Artscape.”

“It furthermore aims to reclaim and restore dignity and confidence to individuals and communities that have been disregarded and under-represented in the past. And lastly, the work must add something new and fresh to the theatrical landscape,” adds Le Roux.

From October 2 to 6 Nicola Moerman’s ‘The Third Force’, directed by Rafiek Mammon, will open the season. ‘The Third Force’ takes a look in between the cracks of the words we speak, and at what reality means to different people. What happens within a person’s mind whilst experiencing the many pressures and burdens of everyday life? ‘The Third Force’ is a creative and artistic depiction of life and its many complexities and repercussions – who wields power and over whom, and why? And, correlations begin to surface between experiencing anxiety, panic attacks and experiencing life. Is it really that different for those who think they “have it all together”? Using various theatrical devices, ‘The Third Force’ explores the actual experiences of an anxiety attack sufferer, those who look on and the social shunning; ultimately aiming at giving a voice to those who struggle to express how they really feel in a world that clearly favours extroverts and alpha personalities.

Next up is ‘No Further Questions’, written by Zinobulali Goduka and directed by Fatima Dike, from October 8 to 13. A student is shot dead during a protest in ‘No Further Questions’. The air turns sour when it is discovered that it is the president of the SRC and leader of ‘Fees Must Fall’, Khanyisa Ngxekani shot by her policeman boyfriend. Concealed truths come out as the court hearing proceeds. Billed as a psycho-political-thriller, the plot thickens around every corner and the question on everyone’s lips is: Will justice be served?

Then from October 15 to 20, ‘Korreltjie Kop Klong is my Dood’, written by Herschelle Benjamin and directed by Sandra Temmingh, hits the Arena stage. ‘Korreltjie Kop Klong is my Dood’ is a story about matriarchal love, struggles and strife. Somewhere in Mitchells Plain a single mom awaits the return of her son from yet another, a better rehabilitation centre. After all the sleepless nights, countless hospital visits and neighbours’ jeering, she finds herself alone, yet again, in a constant battle between a mother’s love and a son’s debilitating affliction. This personal story offers a fresh take on the theme of the drug scourge that is often the devastation of families on the Cape Flats.

And closing the season will be ‘The Widow’, an adaptation of Dr Nomfundo Mali’s support group reports, directed by Siphokazi Jonas, from October 22 to 27. ‘The Widow’ is a series of monologues representing a platform to investigate how widows cope after the loss of their husbands and loved ones.

* Tickets are R60 each at Computicket or Artscape Dial-A-Seat. However, should you want to see all four New Voices productions, a special SEASON TICKET for entry to all four productions will only cost you R100. 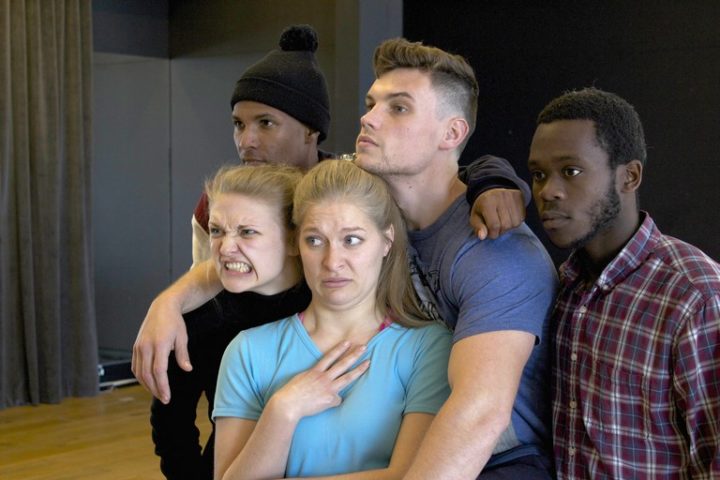